The Holiday season has almost ended and the time for new adventures and glorious new adventures is upon us.  A great way to add a bit of fun and explore a bit of the arts available here in Dallas is to visit the AT&T Performing Arts Center for The Curious Incident of the the Dog in the Night.  The Winner of five 2015 Tony Awards® including BEST PLAY, is being hailed as “One of the most fully immersive works ever to wallop Broadway” by The New York Times. This Tony Award®-winning play by Simon Stephens is adapted from Mark Haddon’s best-selling novel of the same title and directed by Tony winner Marianne Elliott.

Loved by royalty and Broadway alike, the play is the tale of 15 year old Christopher.  He has an extraordinary brain, remarkably talented, but ill-equipped and ill-prepared to interpret the minutia of everyday life. When he falls under suspicion for killing his neighbor’s dog, Christopher sets out to identify the true culprit, which leads to an earth-shattering discovery and a sweeping journey that will change his life forever.

Premiering in Dallas at the AT&T Performing Arts Center on January 11 and running until January 22, 2017, tickets are available here.

The Curious Incident of the Dog at Night-Time

Tickets start at $40.00 and are available here.

Meet Teia of The PBOG 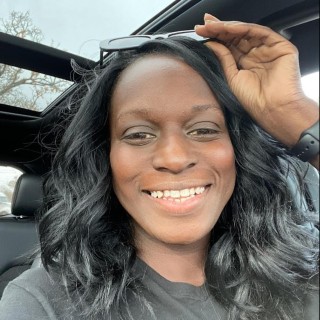 New day, cold day here in Dallas!
🎧 Y’all gotta check out the podcast and YouTube channel from fellow @txautowriters members, GT:GarageTalk. These two are hilarious, auto-savvy and pretty rockstar. I haven’t laughed so much during a chat for while. 🙌🏾 After Day 1 of the Texas Auto RoundUp, I joined Matt and Corey to talk all things auto, life and what coolness we see coming down the auto love pipeline. Our interview is not live yet but you can find them at @gtgaragetalk 🎉. #txautowriters #gtgaragetalk #bestcars #winners #dsmdrive #txautoroundup
Another favorite of many was the Arteon from Volkswagen @vw. Simply stylish with a chic feel and a pretty rockstar interior. #vw #txautoroundup #txautowriters
Enjoying the day at #txautoroundup #txautowriters
Let me tell you about dynamo Sabre Cook, you can find her at on IG @sabrecook - Race car 🏎 driver, engineering grad and confidence inducing rockstar. We took the Dodge Charger with the Scat Pack out for testing. It gripped the road, handled my novice hands and her boss hands like a dream. Active dampening made the bumps at the edge of the track disappear into the background and the ride smooth... yeah, it was rockstar. Thank you to LeeAnn of @radautosolutions for capturing the moment and providing moral support 🥰 #txautoroundup #dsmdrive #txautowriters #friends #drive #womensupportingwomen #womeninautomotive #lovemyjob #shedrives
It’s not every day I get behind the wheel of a beautiful bit of American muscle 🇺🇸. Lovely work @dodgeofficial #txautowriters #drive
It’s going to be awesome. Cannot wait to share it with you! Texas Auto Round Up starts tomorrow and TAWA has brought some of the best auto writers in the country to see some fab vehicles from some of the best manufacturers on the planet and then share the good stuff with you. Looking forward to it. 🥰 🚙#txautowriters #txautoroundup #letsdrive #texasmotorspeedway #dsmdrive #tx
It’s time. #txautowriters #txautoroundup #drive
Happy Mustang Day! Having spent time in the gorgeous #MustangMachE, I couldn’t miss the chance to wish the Mustang happy birthday! Also the #MustangFamily is getting bigger, with the fully ev #MustangMachE and the limited-edition #Mach1 #FordTX #ShowSomeMuscle #DSMDrive #TXAutowriters